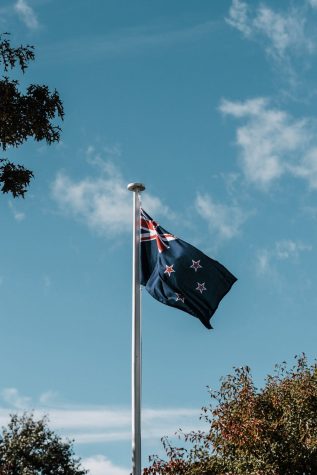 On November 7, history was made in the form of an ground-breaking new bill that found itself on the New Zealand parliament floor. Known as the Climate Change Response Amendment Bill, it is already being commended by environmentalist globally for it’s drastic take on the climate change crisis. Despite its historic connotations, most people are unaware of what the legislature is or of it even being past.

So what exactly is the Climate Change Response Amendment? In short, it is a bill that pledges New Zealand’s dedication to having carbon neutrality by 2050, a promise that only two other countries have achieved (Bhutan and Suriname). Which leads to the following question, what does it mean for a country to be carbon neutral? As the word neutral would suggest, carbon neutrality is when a country’s carbon emissions are balanced by either removing carbon dioxide or cutting carbon production activities, thus achieving a net zero carbon footprint.

As with every political proposition, the bill was not without its critics. Some who opposed it felt as though the plan was not authorative enough and would not properly combat climate change. “There is also the issue that “net zero” is not the same as zero. Simply put, this doesn’t mean that New Zealand will have zero carbon emissions,” Fermin Koop for ZME Science explains, “but that all carbon emissions they do produce will be offset by other sustainable practices (most importantly, forestry), in a way that their net impact is zero.” Others wanted the bill to do more on methane emissions, which is 48% of the country’s emissions.

Despite accusations of being too lack-luster in proportion to the severity of the situation, most in New Zealand are in support of the legislation. In addition to passing by a 119-1 margin by New Zealand parliament, the amendment was praised by environmental groups worldwide. “This is a historic piece of legislation and is the centerpiece for meaningful climate change action in New Zealand,” New Zealand Minister for Climate Change James Shaw said, “Climate change is the defining long-term issue of our generation that successive Governments have failed to address. Today we take a significant step forward in our plan to reduce New Zealand’s emissions.”

Regardless if one feels negatively or positively, it is undeniable that the Climate Change Response Amendment Bill has the potential to alter New Zealand’s course in the future permanently. And in relation to a world full of countries who chose to ignore the global warming crisis all together, New Zealand could be the trailblazer needed to ignite an international movement against impending environmental collapse.