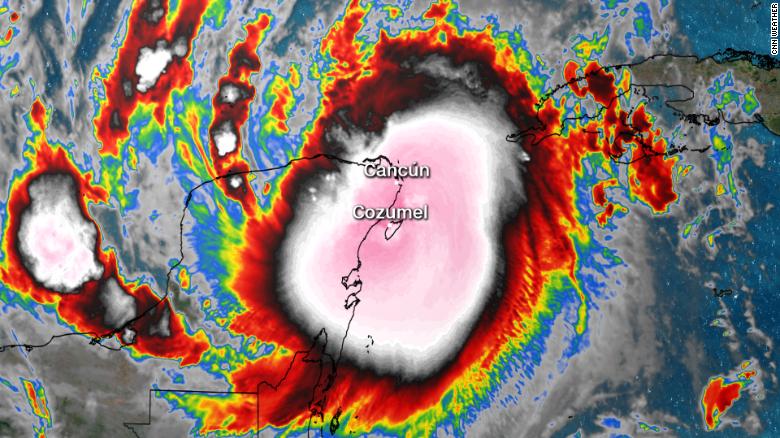 With winds of 105 mph, Hurricane Delta made landfall on Mexico’s Yucatan Peninsula on Wednesday morning and is expected to move north toward the US Gulf Coast over the coming days.

Delta,  a category 2 storm, made landfall roughly halfway between the resort towns of Cancun and Playa del Carmen in Puerto Morelos, according to the US National Hurricane Center. The hurricane was expected to bring a dangerous storm surge of 8 to 12 feet to the Yucatan coast.

The hurricane will quickly make its way over the peninsula Wednesday morning and re-emerge in the Gulf of Mexico in the afternoon. Once back over open water, Delta will likely strengthen back into a major hurricane before turning north toward the Louisiana coast.

A hurricane watch was issued for parts of the US Gulf Coast from High Island, Texas, eastward to Grand Isle, Louisiana. In addition, tropical storm watches were issued in Texas, including Houston and Galveston Bay, and in Louisiana, including New Orleans, Lake Pontchartrain and Lake Maurepas.