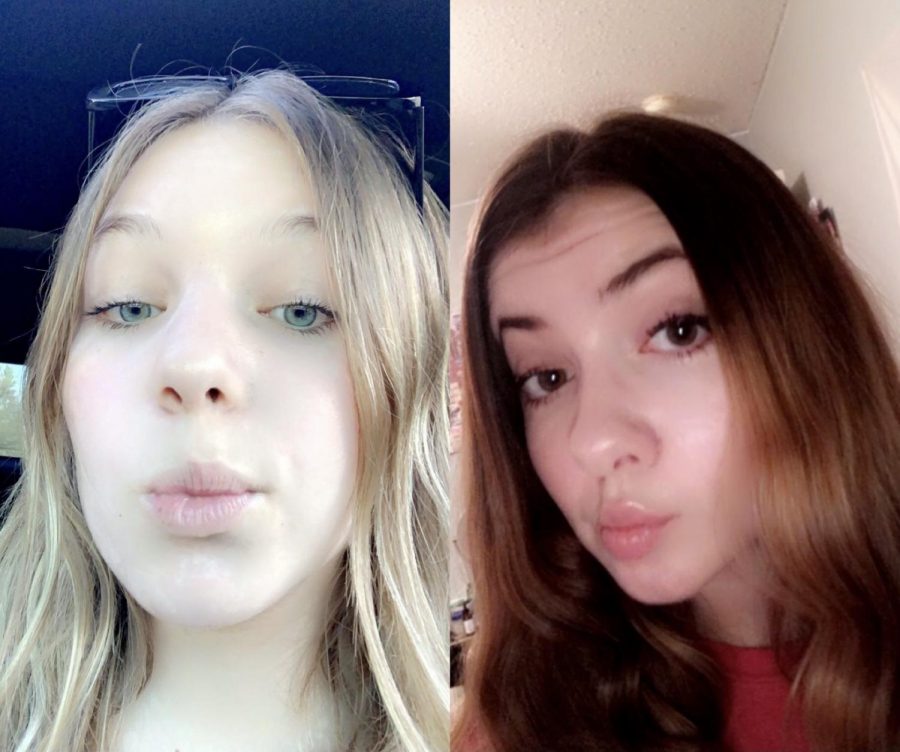 If you don’t already know, about 49.5% of all teens suffer from some type of mental disorder. With most of that percentage coming from anxiety, which is a very common disorder amongst teens. About 31.9% of all teens are suffering from anxiety. Anyways, today we are going to be interviewing 2 teen girls, known as Alayna Evans(AE) & Michelle Nikitina(MN) who suffer from anxiety constantly, making it a weakness for them. We are going to see their views on teen anxiety, along with their own personal experiences regarding this disorder.

Q1: When did you start experiencing this, so-called anxiety, what first caused you to have it?

AE: The first experience I had with anxiety was probably during Freshman year and I was at the gym with my parents. I was running on a treadmill next to my mom when all of a sudden, I felt like I was about to stop breathing and my chest felt very tight. I started panicking since I thought I was going to faint and I had to stop and tell my mom. We had to go home early as I kept having to catch my breath. I think the cause of this was still being new to high school and not knowing anyone so it was just on my mind while working out.

MN: The first experience I had with anxiety was in February of this year I was sitting in Spanish class after I had taken a test and all of a sudden my breathing became heavy. I felt like I couldn’t breathe and I started shaking and things became blurry. Soon after I had rushed to the bathroom to calm myself down and it was because of all the stress I’ve been having over the last week of the number of tests I took.

Q2: How frequently would you say that you experience anxiety? What was the last time that you would say you had it?

AE: I usually experience it every day but it’s gotten better than last year.

I would say I had it the most over the last couple of weeks since I have been dealing with stress lately.

MN: I usually experience anxiety when I have been really worked up about something or really stressed whether it be school, family, etc. I usually have anxiety most of the week when there are important things I need to complete or tests to pass. The last time I had it was Tuesday night.

Q3: What would you say stresses you out most/ gives you the most anxiety, as a teen?

AE: There are so many things that stress me out and give me anxiety but I would say keeping grades up in school and probably social media gives me the most anxiety since I always try to make it look like my life is amazing which is the case for most teens in our generation. It can be overwhelming and stressful to try to be perfect which no one is.

MN: Something that really stresses me out is school because there are a lot of things you need to pass to keep your grade high. I want to keep my grades up so I don’t disappoint anyone or seem pathetic. Also, sometimes I would get into arguments with my parents and it causes a lot of stress and anxiousness.

Q4: When you get anxiety, what happens, what’s the extent of it?

AE: When I start to get anxiety, I start to breathe hard and feel like I will stop breathing which causes me to panic and shake even more. I can hear my heartbeat fast and the extent of it is losing sensation in my body parts or spacing out so much to the point where I don’t realize where I am.

MN:  The result of anxiety is I tend to have rapid breathing, the feeling of my heart dropping, chest pain, shakiness, and blurred vision. Which can tend to be really scary.

Q5: When you get anxiety is it usually a certain place? If so where?

AE: I get it mainly at school but I would say the cafeteria is the biggest trigger spot where I get the most anxiety and sometimes in public places if it’s crowded.

MN: I’ve had anxiety in many places but the two main places I usually get it is at school or at home.

Q6: Would you say that most of the people that you know have anxiety, or that it’s common?

AE: Yes, a lot of people that I know deal with it and it’s pretty common because everyone gets stressed and anxious once in a while.

MN: Yes most of the people I know have anxiety and deal with it. It is a pretty common thing because everyone gets anxious or stressed once in a while.

AE: I would say many teens are pretty good at hiding their stress and anxiety since they don’t want others to know about it and have them worry. Last year, I was more open about it since I would go to the counselors and I had to go to therapy after telling my mom about it. This year, I’ve tended to keep it more hidden since it’s calmed down a bit and I don’t want my friends to make it their problem.

MN: Many teens tend to keep it a secret because they don’t want people knowing about it or to be worried. I usually keep mine hidden because I don’t want people to worry and make it their problem. Sometimes it gets really bad and it’s hard to handle.

Q8: What would you say helps you calm down when you are stressed or anxious, what helps you or others?

AE: What usually helps calm me down when I’m stressed or anxious would be to focus on other things such as an enjoyable activity, such as dancing, or listening to music. I like to just take a second from whatever I’m stressing about to get a little mental break which always helps.

MN: Something that calms me down is I do breathing exercises if I feel like I can’t breathe or even just listen to calm music or just talk out my problems to someone.

Q9: Is there anything you think that the school could do to lower the amount of anxiety or stress that you have?

AE: I think the school should encourage more students that are dealing with anxiety and stress and let them know that their doors are always open. I think that they should also assess the situation or struggle better since it’s a serious issue.

MN: No I guess counselors could help but the school rarely does anything because not many people are open to it.

Q10: As I have said before, a lot of people suffer from some type of mental illness, like anxiety, but not all people do. If you don’t mind giving us a glimpse of what anxiety is, tell us an anxiety story/ experience that’s happened/ occurred to you, in your life.

AE: Anxiety can be scary and overwhelming causing you to feel trapped and panicked. I have some stories where I’ve dealt with it badly but this one was probably the worst. It was during Freshman homecoming and I was already dealing with it on a daily basis pretty badly so I hoped it would go away for just one night. When we got to the dance, I was enjoying hanging with my friends and it wasn’t as crowded at first. Then more people came in and the room got darker and the music grew louder. I was on the dance floor with my friends and there were so many people bunched up beside me. I was actually having so fun screaming the lyrics and dancing with my friends but soon my anxiety kicked in. I came out from the crowd and I felt very light-headed and for about 15 seconds I completely forgot where I was at that moment and I felt so out of it. It was super scary and made me have an anxiety attack since I was panicking and thought I was going to stop breathing. I started crying and had to stay out in the courtyard for the majority of the dance to have fresh air. Luckily my friends were there to help me and calmed me down.

MN: Anxiety is where you’re so stressed about something that can have an effect on your life. This is something that can extremely be scary to deal with. One experience I have had that deals with anxiety is at times where I would be extremely stressed and feels as if my world stops and just feels as if I’m alone and disappoint people around me. Sometimes I even seem pathetic because I don’t want people to see the side of me that I don’t even want to see. But it happens to many people which is why helping each other can get you a long way.

Q11: Lastly, is there anything else you’d like to say to us or share about teen stress or anxiety?

AE: If you’re dealing with anxiety and stress as a teen, I just want to say it will get better and you are not alone fighting this. I know it can feel so scary and overwhelming at times but you just have to push through it because you’re amazing and got this! Also, don’t be afraid to ask for help because it can really impact your life.

MN: It’s safe to learn things that will calm you down if you’re going through something that causes you to feel anxious or stressed.

Anyways, as you could see, many teens experience stress like anxiety, and they go through it and handle it in many different ways. In which you saw the stress of anxiety from the point of view of two teens, known as, Alayna Evans & Michelle Nikitina.