The Story of James Robertson 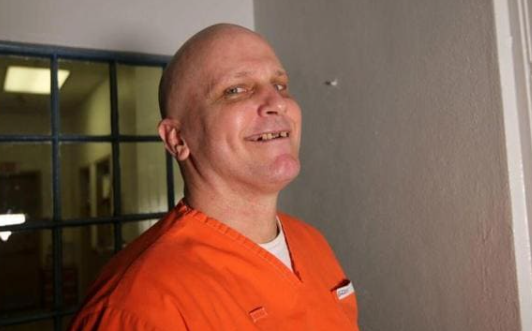 Well, James Robertson, is a man around 54, who has been in prison for about 37 years.

Whom, indeed did finish his original time, back in the late 80s, but didn’t get out due to him getting other times, because he just got to the point where he just didn’t care and wanted to go on death row.

While. James grew up around Florida.

He would skip school as a Junior, smoking, doing drugs, partying.

But, he started to get locked up when he was 12, stealing.

When he was 16, he would find places to break into.

In which he attempted to rob a small business once until the security guards caught him and he had a wrestling match with them and attempted to get away but couldn’t, which is primarily why he’s in prison.

With him shortly after his 17th birthday, being arrested for burglary, aggravated assault & escape.

With him originally having a 10-year sentence.

In which another time, he was strictly around somewhere, where someone was killed, he didn’t kill him but others did, giving him 15 years.

Where he tried to escape another time, giving him a longer sentence.

With him then at another point just having a bad attitude, getting in fights all the time.

With him saying, “of course prisoners are going to get in fights like that, but of course, they think, I’m the prisoner, the troublemaker”.

He then got put in some long-term maximum-security cell in which he’s locked in the cell all of the time.

With him saying, “They took everything from me, my tv, my property, that s**** torture man”, in distraught.

In which he was in “close management”, which is the confinement of an inmate separate from the general population.

With Robertson also saying, “You’re locked in a cell all day, I mean you may be able to come out a couple of times a week for like 2 hours like you’re put in a little dog cage”, & saying, “You may lose all motivation man, you ain’t getting no sun really, I gotta live in humiliation every d*** day, they treat you like s*** like they think you’re a bug or something, it’s crazy because they like the bugs”.

While they apparently would keep his way back record and history to keep him in close management, “while they’re not treating all those inmates like that, some of those inmates just get let out on the compound”, “I mean you have to sit in a cell all day, it’s inhumane”.

“They just put someone in a cell and take all their privileges from them, for years and years and years, and he’s seeing all these other guys get off of cm”.

Finally, he got mad and gave up all hope and was like, “ima go ahead and kill somebody”.

He wanted to get on death row.

Then, in 2008 James Robertson was moved into a shared close management cell with inmate Frank Hart.

“Believe me it’s premeditated all the way”.

He had about a 25-minute window of opportunity & he got something that woke him up and strangled him with socks until he died, which took about 6 mins.

And goes, “I didn’t feel bad about it”, as he laughs because he just got to the point where he couldn’t take close confinement anymore and wanted to be on death row.

With him being removed from close confinement the day he murdered Frank Hart.

As Anne Otwell, a staff nurse taking care of close management and overpopulation, goes, “i met James in close confinement, noticing him because he had a very angry face, you could tell immediately  that this guy was like a pressure cooker waiting to blow, he did not talk to the peers, his staff, anyone”, “but his quietness was something that was daunting to me, and his look in his eyes, he didn’t look at you, he looked through you”.

She believed that he wanted to go on death row because, “he made it”, because of his narcissistic thinking because he wanted to make something of his life that everybody would remember.

While, Robert Lynch, Robertson’s former cellmate said, “I’ve been in many prisons with Robertson, and don’t know why he would refer to me as a friend, I honestly think he’s a piece of s***, I don’t hang out with him, he’s not my buddy, I don’t know why he would call us friends, I mean I’ve messed up, I’ve gone to prison, but if I give you my word it’s good, i’m not going to pick on someone that’s defenseless, that’s not his outlook, his outlook is if he thinks he can do something to you and get by with it, he’ll do it if he can’t get away with it he won’t, to me that’s a coward, while, if he has a problem he’ll just get his knife, even over just small non-important things”.

“I think James has deeper problems, not prison but once you get here, all you have to do to get out of CM is do what you’re supposed to do, they don’t need anything grand or special, for a certain period of time”. “He’s never going to change, he’s always going to be a threat to security, people around him, himself even”.

While, for the next 3 years Robertson tried to get the death penalty, pleading, he didn’t get it right away.

With James in 2012 finally being sentenced to death and placed on death row.

With his attorney even asking Robertson, “why would you even want the death penalty, what’s your reasoning?”, with him saying, “i’m getting older, I look at the guy in the cell across from me, he’s getting blind, he’s 65, he gets pushed around more, he gets messed with more, and I don’t want that kind of life, I don’t want that for me once I get older, you know I used to be able to do the violence but now i’ll be the one having the violence done to me, and I just don’t wanna put up for that”.

With that being why he wants the death penalty, he doesn’t want to grow old and be preyed upon.

With the attorney saying, “ do you think he deserves sympathy, well yes he probably does”, “I mean obviously he was the individual that did the crime that put him in prison, but he was put in as a young man, a kid in my eyes, no parenting, they were alcoholics and substance abusers, he had no guidance, when you start adding all those things up, seeing all the things he’s been through, yes I do think he may deserve some sympathy”.

“I will go to his execution, that’s a 100% thing, I wanted to do from the beginning, I’m thinking I’ll be the only friendly face he’ll recognize there, I don’t want him to be put to death, without someone that was there on his side, up until the end”.

While James Robertson has spent more than 37 years in prison, including almost 20 years in close management confinement, and 5 years on death row.

During that time he had virtually no contact with the outside world. Later on, Darrel Moser, married with 3 children, James Robertson’s cousin, said, “James family for some reason just forgot about him, his two brothers haven’t contacted him in over 25 years, they just didn’t put in the effort or time, into helping him in any way, there was no support whatsoever”.

Darrell was too young to know his cousin James before he was put in prison.

With them,  establishing contact one year after James was sentenced to death.

With him saying, “I got in touch with James in about 2013, giving credit to God, for giving him the opportunity, he wrote him a letter about a half-page long, getting a reply back, being in contact with him for about 4 years now”.

When they first came into his life, James said, “I hope you guys are in my life forever, you’ll probably be like everybody else, coming into my life for a month or so then leaving”.

Getting a letter about a year later in which Robertson said, “I’m comfortable now, I know you won’t leave”, with him saying I love you bro, God bless you.

Like, “his hardened heart has been softened”, “we’ve shown him something he’s never had before, like changing his life”.

Darrel talked to him about getting off of death row, so he can have more time with them, but he realizes that was selfish because James would rather be executed than spend another 40 or so years in prison. In which Darrel will definitely be at James’s execution, knowing that he will need someone there with him.

While James said, “I can’t even express in words how good it feels to have someone care about you like that, it’s a good feeling & it makes me want to not get in any trouble because I don’t want to lose my privilege to go out and see them and all that, so it’s like carrying on a stick”.

“It’s sad to see them go after their visits even, I’ve never felt this way before”.

He’s even said that he takes full responsibility for everything that he has done.

While he also mentions how life isn’t meant to be fair and he’s starting to realize and accept why his life is the way that it is.

He also says “he wishes the guards were more humane and that he would be way saner if they let them out, into at least the general population”.

He also says how he’s ready to go, signed his appeal but there’s a huge list waiting so he may have to wait a very long time.

“I already know how they do it, they put you in a cast thing, and I’d rather have a needle in me than be electrocuted but, I can take it”.

He also said that he’d want to be remembered as “somebody that always speaks the truth”.

While, he is still awaiting his electrocution date, in which this is the legacy of James Robertson.