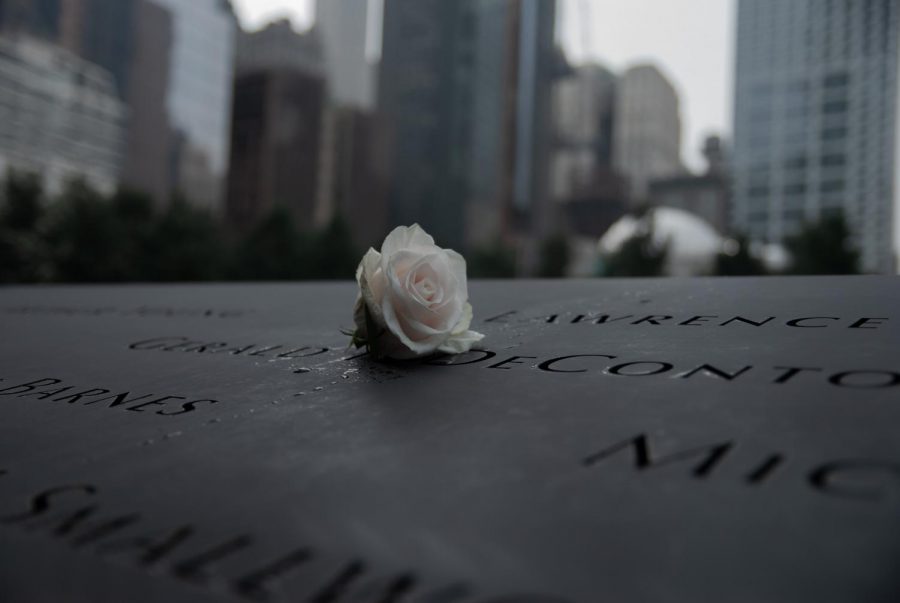 Florence Jones’s office wasn’t a normal one. As a baseline employee working on the 77th floor on the South Tower of the World Trade Center, Jones could simply gaze out her window and be treated to the most becoming, inclusive view of New York City. But on September 11, 2001, with the window she had looked out so many times before Jones had to ask herself a new question- “Am I going to have to jump?”

Words such as the ones spoken by Florence Jones remind us of an unspoken aspect of 9/11- that being the human element. That the 2,977 victims lost that day are not just a troubling statistic or a factoid to be featured in an article, but people who contributed an infinite amount to the lives they graced and were so senselessly ripped away from.

They were people like Dorothy Morgan, an insurance broker who was so ardently beloved by her family that the grief they feel two decades later is as consuming as it was when the towers fell (CNN). They were Peter J. Ganci Jr., the Chief of the Fire Department who refused to abandon the North Tower even though he knew of its impending fall because he wouldn’t leave his men behind (NewsDay). They were the heroes of Flight 93 who charged the cockpit and gave their lives in an act of unparalleled bravery.

9/11 wasn’t just the loss of a security America had long-since possessed. It wasn’t just the unspeakable damage done to New York City and the Pentagon. It was the tragic end to the lives of so many people who loved and were loved. For the families of the victims, to never forget is a painful sentence they must always deal with, but it’s not a sentence they have to deal with alone. The US will never forget September 11, the day evil became personal.